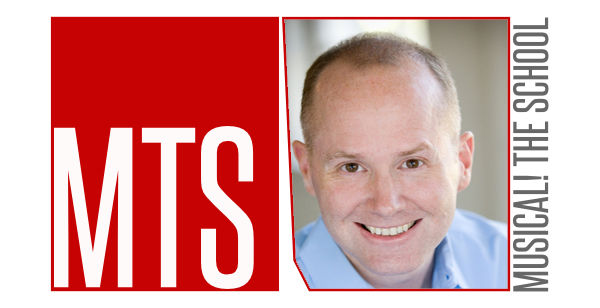 In six short years, Shawn has students performing on Broadway in Wicked, The Book of Mormon, Evita (w/Ricky Martin), Cinderella, and Bullets Over Broadway; as well as in Europe in Dirty Dancing, Sister Act, Legally Blonde, and Rocky: The Musical; and countless others in regional theatres and National tours all over the country.

Shawn Churchman has dedicated the last 30 years to the craft of musical theatre. An award-winning director and performer, educator, and author, his interests are as varied as the art form itself.

A graduate of Oklahoma City University with a degree in vocal performance, Shawn began as an actor and singer appearing in over 80 musicals and plays, as well as appearing as a soloist at Carnegie Hall and Lincoln Center. As a cast member of one of the first companies of Forever Plaid, Shawn embarked on a directorial career at the helm of numerous companies of Plaid. Since then, he has directed new works in New York’s famous NYMF Festival, the NY Fringe Festival, Ensemble Studio Theatre, Soho Rep, and York Theatre Company; as well as classics in regional theatre, summer stock, and opera companies around the country.

For Stamford Theatre Works in Connecticut, he co-created (with arranger David Bishop), the Great American Composer Series, a series of retrospectives/revues honoring America’s classic songwriters. They are performed in regional theatres all over the country.

Also as a writer, he wrote the libretto for Storyville, a 2004 Eugene O’Neill Music Theatre Conference participant. Commissioned by the Connecticut Opera, he has completed the libretto for a family opera entitled Twice Upon a Birthday with composer Frank Schiro, and is currently librettist for a new musical Pryor Rendering, also with Mr. Schiro. Shawn also served as co-developer with Mr. Schiro on The Happy Prince, which debuted at the NYMF Festival.

He is a member of the Society of Directors and Choreographers, Actors Equity, and the Dramatist Guild. He also serves as an Associate Artist and Board Member of Oklahoma City Repertory Theatre (City Rep) a 2013 recipient of the American Theatre Wing award for emerging theaters.